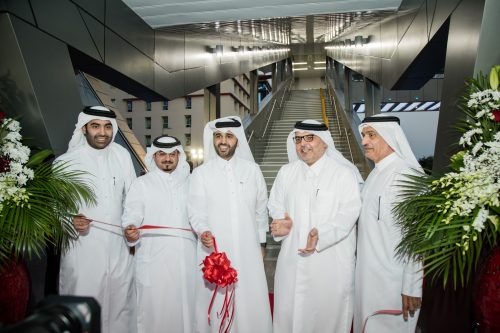 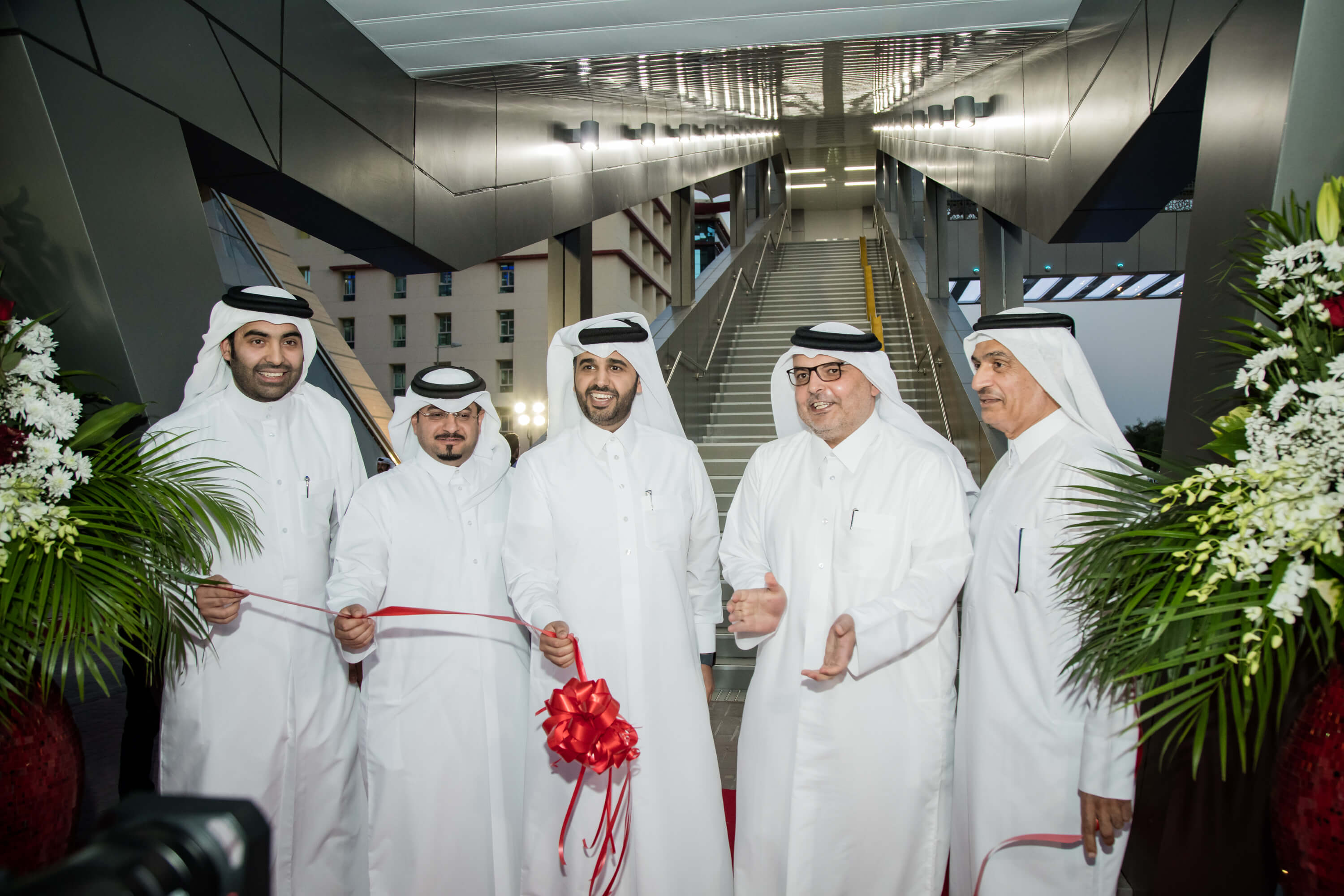 The opening of the new bridge is in line with the Nation’s efforts to enhance the safety and security of pedestrians, taking into consideration the rights of all users of the road including of motorists, pedestrians, bicyclists and people with disabilities. The bridge is the fruit of a close collaboration between ELAN Group who developed, designed the bridge, and the Ministry of Municipality and Environment, the Ministry of Transport and Communications, the Ministry of Interior, and the Public Works Authority Ashghal.

The new bridge is equipped with best-in-class facilities aimed at ensuring the highest level of comfort and safety of pedestrians in Doha with a variety of convenient services like mini-shops, ATMs, vending machines, bicycle tracks, elevators and advertising spaces.

HE Dr. Saad bin Ahmed bin Ibrahim Al Mohannadi, President of the Public Works Authority Ashghal said “the opening the pedestrian bridge on Al Matar Street is the first result of the continuous cooperation and coordination between all concerned entities in Qatar, both from the government and private sectors, in order to implement the comprehensive plan to provide a number of pedestrian bridges in different areas of the country. These areas were selected after conducting a study by the MOI, MOTC, and ‘Ashghal’, about the traffic density in these areas, pedestrian traffic accidents and other factors.”

H.E. President of Ashghal noted that the new pedestrian bridge on Al Matar Street will enhance traffic safety in the area and reduce pedestrian accidents in this vital street which is characterized by the large number of commercial and residential establishments that attract large numbers of pedestrians.

Mr. Jaber Abdullah Al Ansari, ELAN Group CEO concluded “Today we are proud to inaugurate Al Matar Street pedestrian bridge, a new landmark which will contribute to beautifying the city and building a pedestrian-friendly environment in Qatar in accordance with Qatar National vision 2030 and as the country is preparing to host huge events such as FIFA World Cup 2022.  We have developed this new bridge as per the global safety and environmental standards, and we are looking forward to deliver more bridges in the near future.”

The bridge, strategically located at Al Matar Street and designed with attention to details, brings a high level of comfort and convenience. Pedestrians will enjoy a unique experience with full-length windows to enjoy a special view of the city and a wide range of different convenient services, including mini shops, ATMs and vending machines.  The new infrastructure will include elevators for those with limited mobility and bicycle paths as well as finely integrated advertising billboards.

The new bridge is financially self-sustainable in long term through the leasing of mini-shops, vending machines & ATM machines in addition to offering advertising spaces which will open up a new communication medium for advertisers to reach their target audience.