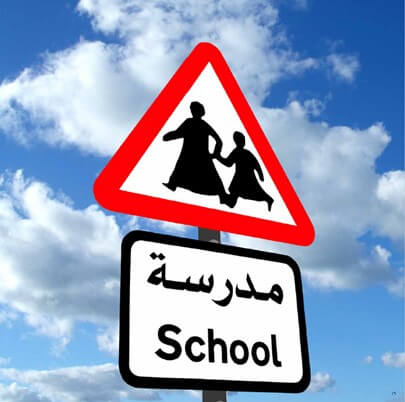 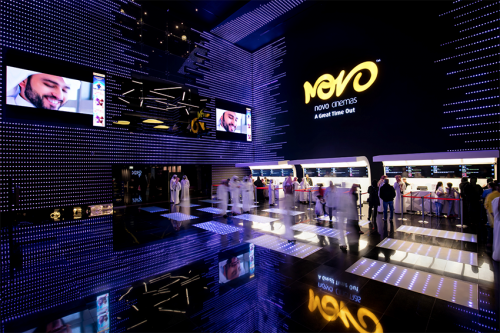 Better on the Big Screen: Cinemas in Qatar are Still on the Rise Read more

There is, surprisingly enough, two schools of thought about traffic signs. On the one side, traffic experts like the late Hans Monderman and the very much alive Ben Hamilton-Baillie, feel less is more whereas the first real traffic statistician, Reuben Smeed, felt like there was never too much when it came to traffic signage. The debate, however arcane, is slowly permeating to the street level in Europe where the concept of ‘shared spaces’ is rapidly gaining traction.

In this sense, Qatar has been evolving to a different model with in fact urban development taking place in the planning for roads of Doha that incorporate the concept of ‘shared spaces’, first pioneered by the Dutchman, Hans Monderman.

Our mission at ELAN Signage is to make Qatar’s roads more safe and comfortable by providing clear and complete information to guide travelers throughout their journey to their destination. To that end, our focus has been squarely set on manufacturing way-finding signs, traffic signs, boards and gantries which will enhance and contribute to a safer driving environment in Qatar.

With a total investment equivalent to USD 220+ billion that the Qatari Government dedicated to developing Qatar’s infrastructure and construction projects prior to World Cup 2022 and to meet its national Vision 2030; Qatar’s Ministry of Finance (MoF) 2017 budget reported that the biggest share of its capital will be invested in transportation & infrastructure projects especially the establishment of new roads.

These investments and more target to strengthen “road safety plan which is a major public health concern in Qatar placing a huge humanitarian burden on individuals, families, communities and the country” according to the National Road Safety Strategy 2013- 2022. “Every year around 220 people lose their lives and a further 550 are seriously injured in Qatar because of a road crash”. Despite the significant improvements that happened over the last five years; more safety measures are to be implemented in Qatar by 2022.

In terms of enhancing safety, way-finding signs are fundamental to achieving this goal, particularly when there is a construction site that affects the flow of traffic. It’s crucial that signs must be placed properly to warn drivers as to changes up ahead. These signs should be of the highest quality, so they can be seen far ahead especially at night.

The traffic regulations in Qatar are very similar to those implemented in Europe and are strictly enforced by the authorities. It’s also fundamentally important to give a great attention to the psychology of the driver – their expectations and attitude to risk – that governs accident statistics. Way finding, and traffic signs play a serious role in this aspect. Their proper placement, size and reflectivity on the main roads, particularly in the evening, can save the lives of many people on the roads.

Signs that are positioned at the right elevation and angle and have the highest degree of reflectivity can be clearly seen from a distance and especially at night. At ELAN Signage factory we have the capabilities to manufacture signs with a single piece of aluminium backing and digitally printed film. This makes each sign more durable due to its increased resistance to water and heat as compared to film-on-film signs with multi-piece of aluminium backing.

Finally, Qatar has made positive steps towards the improvement of road safety and casualty reduction. However, more effort needs to be done as Qatar continues its path of development, investment and population growth. We at Elan Signage factory, a 100% Qatari government owned entity, will continue in the journey to achieve the excellence of our products to support the government in this journey to make roads safer.